Final thoughts from Ms. Caskey:  I hope that the Individual Letter Share and Respond activity today was helpful to you as you had the opportunity to read aloud your letter and listen to the feedback from your classmates and from me.

As you look to make your final edits and revisions for your letter, take the following into consideration:

3. Does the letter reflect the personality of you light bearer? Can you hear the voice of your light bearer? Did you have to use “old-fashioned” language, scientific language, etc.?

4. Handwrite your final copy to reinforce the idea of the art of the letter. 🙂

Before Twitter, before Facebook, before Gmail and AIM, there were ink and paper. There were people who dedicated time to writing correspondences, and then waited for a reply. After the jump, excerpts from five of the most delightful, beautiful or simply intimate letters we’ve come across.

* In 2009, after Barack Obama was elected for the first time, Bill Adler published a book of kids’ letters to their president. So much of the writing in this book is moving (or hilarious); one example comes from Kiana, a 12-year-old from Anderson, South Carolina.

* In an 1897 editorial in New York’s Sun, journalist Francis Pharcellus Church (anonymously) replied to a concerned eight-year-old, who had written to ask whether Santa Claus exists. This letter has rightly become famous—and inescapable during the holidays, when it’s printed and posted every year.

Yes, VIRGINIA, there is a Santa Claus. He exists as certainly as love and generosity and devotion exist, and you know that they abound and give to your life its highest beauty and joy. Alas! How dreary would be the world if there were no Santa Claus. It would be as dreary as if there were no VIRGINIAS. There would be no childlike faith then, no poetry, no romance to make tolerable this existence. We should have no enjoyment, except in sense and sight. The eternal light with which childhood fills the world would be extinguished. […]The most real things in the world are those that neither children nor men can see. […]Only faith, fancy, poetry, love, romance, can push aside that curtain and view and picture the supernal beauty and glory beyond. Is it all real? Ah, VIRGINIA, in all this world there is nothing else real and abiding.

* On a book tour in 1942, the writer Vladimir Nabokov wrote letters to his wife, Vera Nabokov. In November, on a stop in St. Paul, Minnesota, he wrote:

Yesterday after the trip into the country I went, having got awfully bored, to the cinema and came back on foot—I walked for more than an hour and went to bed around eight. On the way a lightning bolt of undefined inspiration ran right through me—a passionate desire to write, and to write in Russian. And yet I can’t. I don’t think anyone who hasn’t experienced this feeling can really understand its torment, its tragedy. English in this sense is an illusion and an ersatz. In my usual condition, i.e. busy with butterflies, translations, or academic writing, I myself don’t fully register the whole grief and bitterness of my situation.

I am healthy, eating plenty, taking my vitamins, and read the newspapers more than usual now that the news is getting rosier. St. Paul is a stupefyingly boring city, only owls at the hotel[…]but my apartment is charming.

There are no tutorials in the morning because I will be at faculty meeting. For those of you who need to show or turn in work to me, please take them to the front office and ask Mrs. Francois to put it in my mailbox.

Warm-up: Grammar Challenge: Find the parallel structure on p. 203. What makes it parallel?

Springboard – “Bad Boy” pp. 202-207
o In your IRN, date and title your notes “Bad Boy”.
o With your shoulder partner, share your annotations, focusing on the character and his transformation. You may also use the chart on p. 208 to guide you in the process of sharing your information. (Each person will share for 2 minutes.)
o With your face partner, repeat the same process.
o As a table group, write a sentence stating the changes that occurred in Walter’s self-perception and behavior from the beginning of fifth grade to the end of sixth grade. Write this topic sentence in your IRN. (5 minutes)
o Share-aloud. Each table group will share their topic sentences.

SAR: Review/Prep
o In your IRN, record the definition of literary analysis that is on p. 211.
o Review the information in your SB about literary analysis.
o You and your table group will now create an extended short answer response. You may use the notes about a SAR paragraph that is in your IRNs.

Vocabulary Character Paragraph
o At your tables, decide which one of the following characters for which you’d like to analyse: Walter, Meg, Charles Wallace, free-choice. ( 2 minutes) For example: Carl from Up
o Think and discuss what strong noun that you’d use to characterize him or her. Challenge: Your word choice uses a stem or stems. (5 minutes) For example:  The man from Up is old, grumpy, negative, cranky. He stays by himself and doesn’t want to be bothered by anyone and acts like he has a chip on his shoulder. When I look at theses adjectives, I think of the word curmudgeon because the definition is “ill-tempered, and usually old man”.
o Now, give this character a new first name that starts with the same letter as your noun. For example, Carl Curmudgeon. (Luckily, his name already starts with the same letter.) 🙂
o Draft 1 – A paragraph that traces the character’s change. The noun that you chowse should guide what details and commentary you provide.
o Your paragraph should include:
– topic sentence
– details/example 1 from text and commentary 1
– details/example 2 from text and commentary 2
– concluding sentence
o Draft 2 – If you feel confident, you may combine this activity into Draft 1. Add the use of AWUBIS at the beginning of each sentence. Repeat AWUBIS is necessary.

We are going to be ready to learn and to give it our all! The extra degree…212!

When I read articles and research that are relevant to gifted education, I try to share the learning through a number of avenues to reach my colleagues and friends. Sometimes, I will post them here, but most of the time, I post these via tweets, which can be found on the blog. You do not need a Twitter account to access the links. I encourage to read these findings. I find them to be of immense value as both a parent and an educator of gifted children. 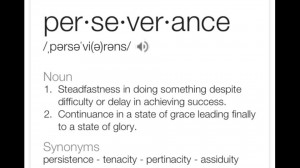 Challenge: Revise the correctly punctuated sentence so that it has parallel structure. 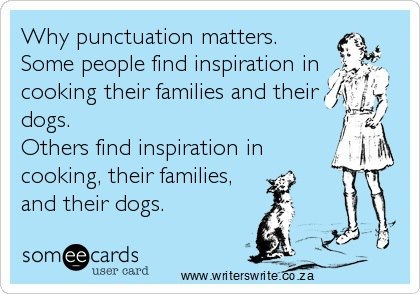 We are tweaking the way we unpack our Embedded Assessments. How, you ask? After you read and annotate your EA for the knowledge and skills, you will make a mind map of the information. The directions on how to mind map, start to finish, can be found here: http://www.mindmapinspiration.com/drawing-a-mind-map-from-start-to-finish/. Be sure that you read and reread before you begin the first step.

1. Work with a table partner.
2. Discuss what each of you unpacked in the EA.
3. Access the class blog.
3. Open the link for drawing a mind map.
4. Read the directions.
5. Begin your mind map based on your unpacked EA and discussion.
6. Student-created mind maps are available on the back table for you to reference in addition to the ones on the website.

Class Mind Map:
1. At your tables, share and discuss your mind maps. One person at a time speaks and shares. Everyone at the table shares.
2. Discuss what information — words and images (if an image is necessary) — needs to be represented on the class mind map to serve as a reminder of  what the essential components of the EA are.
3. Each table group will contribute to the class mind map, round-robin style.
4. One person from each group will be the scribe. Each round will have a new scribe.
6. As your scribe writes on the class mind map,  another person at your table will explain your table’s contribution (words/image). Each round will have a new speaker.
7. We will do this at least 3 rounds depending on the type of information that is mapped.

Completed Mindmap:
Once you’ve determined which light bearer you will research, revisit your mind map. Determine where you need to map additional information specific to your famous person. Your completed mind map is due on Tuesday, February 19. This is a part of your Prewrite for your EA. Remember, the better your prewrite (gathering information), the better the paper.

In Tangerine, we are exposed to the dynamics of the Fisher family. Early on, we see that the relationship between Paul and his family is strained at best.

Lat night, I read the following article: http://www.sciencecodex.com/differential_parenting_found_to_affect_whole_family-106682 about the effects of differential parenting. As your teacher, being able to tie-in real world experiences and research to fiction is always exciting because you’re able to see how your learning goes beyond the classroom.

1. Read the article. If you want to print this out and put this in your 7C tab, please do.
2. In your IRN, create a dialectical journal organizer (with a twist) — See below
3. Use the left hand column to record at least three quotations that affected you. Be sure to properly quote and punctuate.
4. Use the right hand column to record your thoughts, reactions, and connections to the novel (i. e., Paul, Erik).  In the bottom rectangle, write down the impact on Paul and other family member so far (based on your understanding of the article) and your predictions about any future impact (Part 3).
5. Be prepared to share-aloud on Wednesday.

Those who wish to attend should RSVP to FriscoSAGE@gmail.com.

This is a very impromptu parent meeting and game night… She will be speaking on the subject of PERFECTIONISM in the gifted student as well as talking about MENSA’s student program and the benefits for our children.

Students are welcome to attend and bring strategy games.  Because this is such a last-minute program this time, we will not be able to provide a meal, but we will have snacks and bottled water provided.  They are welcome to bring in food to eat during game night if they wish as well.  Friends and siblings are welcome as well, though siblings that are not yet school age will need parent supervision.   Students will need to remain in the game area during the meeting as the meeting is geared towards parents.  If your middle or high school student would like to attend the meeting, we can certainly accommodate that if you feel it is appropriate for them.

This is for all ages of GT students.

Powered by WordPress | Hosted by Edublogs | Protected by CloudFlare