This photo of U.S. Capitol is courtesy of TripAdvisor

“The hero journey is one of the universal patterns through which that radiance shows brightly. What I think is that a good life is one hero journey after another. Over and over again, you are called to the realm of adventure, you are called to new horizons. Each time, there is the same problem: do I dare? And then if you do dare, the dangers are there, and the help also, and the fulfillment or the fiasco. There’s always the possibility of a fiasco.

“But there’s also the possibility of bliss.”

Research topics by groups: What are the key points and information about your topic? What are the connections to the French Revolution – before & after?

You may use these sites as starting points to learning more about:

1) the causes of the French Revolution;
2) the important figures of this time period/aristocrats; and
3) the results of the Revolution.

Wishing you a rainbow
For sunlight after showers—
Miles and miles of Irish smiles
For golden happy hours—
Shamrocks at your doorway
For luck and laughter too,
And a host of friends that never ends
Each day your whole life through!

Here are some items to help you with your revising and editing:

I hope you all are having had an adventurous summer, either at home or afar! My summer definitely began to pick up in July.

All summer, I’ve been making notes of what the new school year will bring, and I think this one would be fun to do: http://littlefreelibrary.org/.

See you all very soon,

“It’s easy to think of sleep as a rude interruption. Who wouldn’t love to reclaim those seemingly lost hours in the name of productivity? Your house would be immaculate. Your email inbox would be empty. And you could finally finish reading that novel you’re only halfway through.

But if you’re a regular reader of this site, you know that sleep might very well be the most important part of our day. Studies show that adequate sleep supports ourphysical and mental health as well as our ability to learn and recall information.

What is true for adults is doubly true for teenagers, who are undergoing a period of concentrated learning and rapid biological change.

The More Teens Learn, the More Sleep They Need

In an experiment at Harvard Medical School and Trent University, for example, students were taught a complex new game and then told to “sleep on it.” Students who had a good night sleep performed significantly better the next day, while students who slept six hours or less failed to improve or performed worse than before.

Another study at Brigham and Women’s Hospital demonstrates that chronic sleep deprivation interferes with our ability to focus as well as task performance. The effects become even more pronounced after dark, the hours that teenagers are typically completing homework.

Why is sleep so important for learning? A new hypothesis published in Scientific American suggests that sleep helps the brain sort all of the trivia from the day from what is important to remember. As learning increases, so does the brain’s need for sleep. In fact, without enough sleep, the areas where the most intense learning has occurred will shut down, even as the rest of the brain is alert.

Adequate sleep is a non-negotiable for effective learning. Yet many teenagers skimp on it. Part of this is biological — melatonin, the sleep hormone, is released later at night in adolescents — but there are a number of factors you can influence as a parent.

Here are a few thoughts:

It’s easy for teen’s to forgo sleep because they have so many things competing for their time and attention, including homework, social functions and after-school activities. However, teens will ultimately function better in all of these areas — and especially in school — when they make time for adequate rest.

So go ahead, let your teenager sleep. The brain really does need it.”

Here are a handful of additional resources for you to reference as you complete your essay. 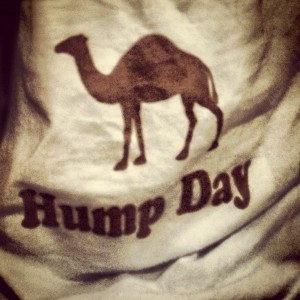